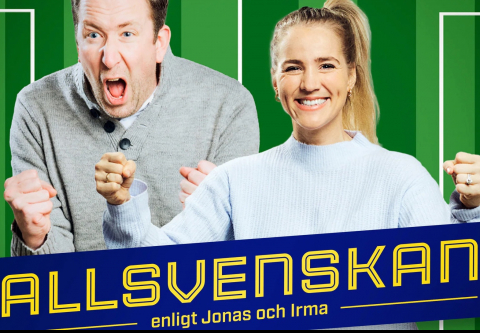 In a partnership with Unibet and Discovery Networks, Brand New Content and Spotify will curate, produce and distribute a total of over 1.000 episodes covering all aspects of the Swedish national league "Allsvenskan".

"We are excited about having attracted many of the best supporter-driven pods to this project. Being able to scale local interest and devotion through a newly built fan-arena is a great opportunity to continue building audience and engagement for many fans and teams, says Klas Lindberg who will serve as executive producer for the series.

Brand New Content will also produce the brand new pod "Allsvenskan enligt Jonas och Irma", a weekly show hosted by Discovery Network’s talents Jonas Dahlquist and Irma Helin. The duo will summarize the week of Swedish football and continue to dig deep into the world of the fans.

"We all know the discussions and debates going on at home in front of the TV. It feels great to bring that element to this new show with Spotify", says Irma Helin.